Shoes have come a long way....or have they? 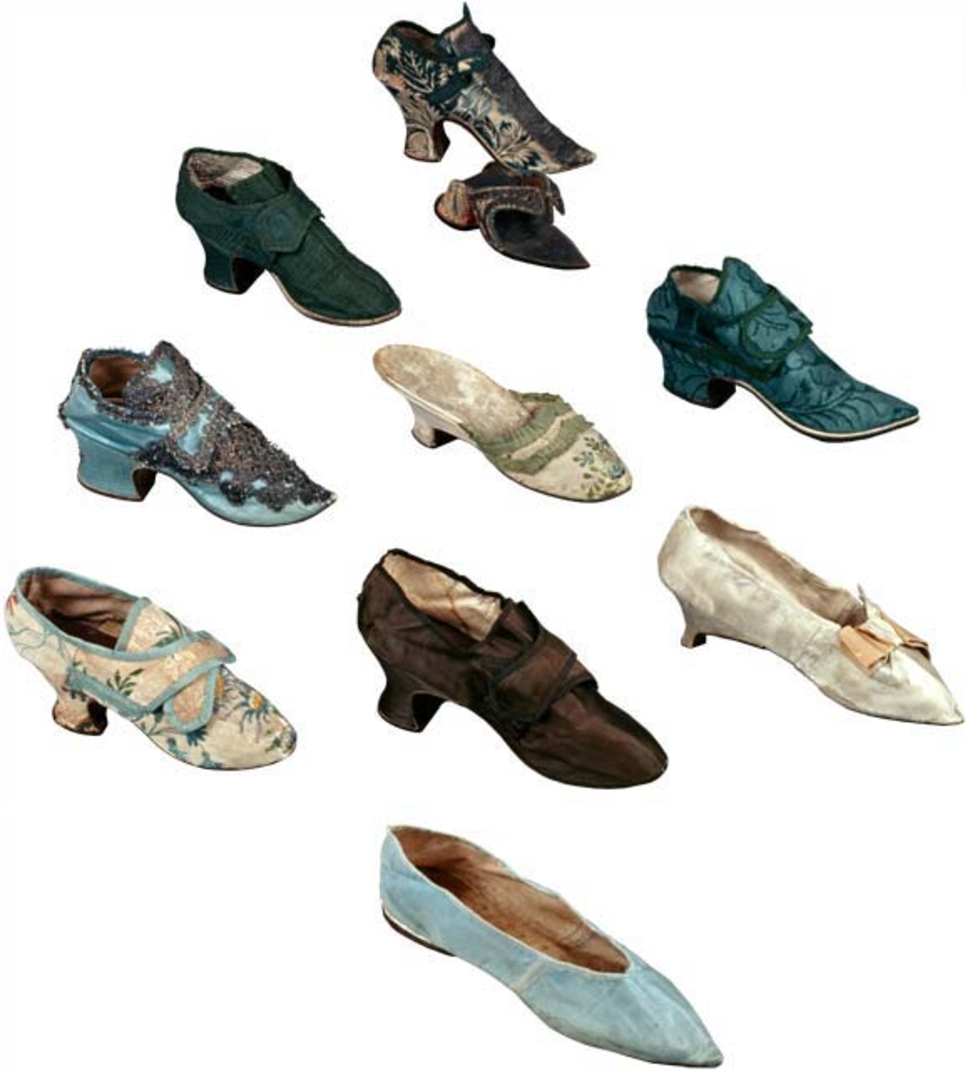 They look the same do they not? The Mule,  the ballet flat, the ankle boot even the kitten heel. These were shoes made in the 1600's and yet we could be talking about our collections at Mandarina Shoes! Okay we may have updated the look somewhat but essentially shoes have not really changed that much in 400 years!

How did footwear became shoes?

It was the Industrial Revolution, and the invention of the sewing machine, around 1830, that the shoe as we know it today came into being. Before that time only the most fortunate among us had anything resembling what we know a shoe to be, and they were of a strange, unstructured form, no distinction between left and right – the fit evolved through wear.

Of course people had worn protection for their feet for centuries – wall paintings thousands of years old show hunters going about their business with their feet wrapped in skins and furs. Sandals were worn by the Egyptians (in 3000 BC) to protect their feet from the heat of the sand. History records shoes with heels being worn in the 16th C - and with platform soles in the 17thC – worn not just as a fashion statement but to keep ladies’ feet out of the muck on the streets. The upper classes had very fashionable feet even men in the 17th and 18th century had treats for their feet!

But the sizing of a shoe was still rudimentary and it took 19th century industrialisation to create the shoe we know today, available to the masses and in different sizes, one left, one right. Still no need for a shoe rack – most people probably only owned a single pair of work shoes, and some had a pair for ‘Sunday best’.

Just a hundred years later, in 1940, Clarks Shoes had invented a machine that ensured the correct size of children’s shoes, so  well fitted shoes - in slim fittings, wide fittings, half sizes – really were available to all: shoes that were not just functional but fashionable too.

Today the shoes we buy say such a lot about us – whether we want to stand out from the crowd, or not – and a pair of Mandarina shoes shows appreciation for something quirky, individually made, with attention to detail right down to their vivid linings and invisible stitching.

Owning something of quality and beauty, something you treasure and only use for special occasions, many of our shoes are just that. Treats for your feet.